Teo Chew language, Tio Ciu, Teo Chiu, or Dio Jiu (Pinyin: Chaozhou; Wade-Giles: Ch’ao²-chou¹) sometimes also spelled as Chiu Chow in the United States and Hong Kong, is a language which belongs to the Sino-Tibetan language family. This language is related to Hokkien language (Teo Chew and Hokkien/Min-nan are classified in Min family) and speakers of both languages ​​can quite understand the two languages, though not entirely.

Teo Chew language is a Hokkien dialect which is influenced by Cantonese due to geographical location in north of Guangdong province near the border of Fujian province.

Teo Chew tribe in Indonesia came from various cities in Guangdong Province, People’s Republic of China, among others: Jieyang, Chaozhou (spelling Tio Chiu: Tio-chiu) and Shantou. The of ​​origin Teo Chew tribe is commonly referred to as Chaoshan, a combination of the Chaozhou and Shantou.

In Indonesia, there are many speakers of Teo Chew in Pontianak and Ketapang Regency, West Kalimantan, Jambi, Riau, Riau Islands, North Sumatra and South Sumatra. 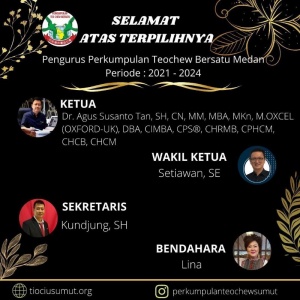 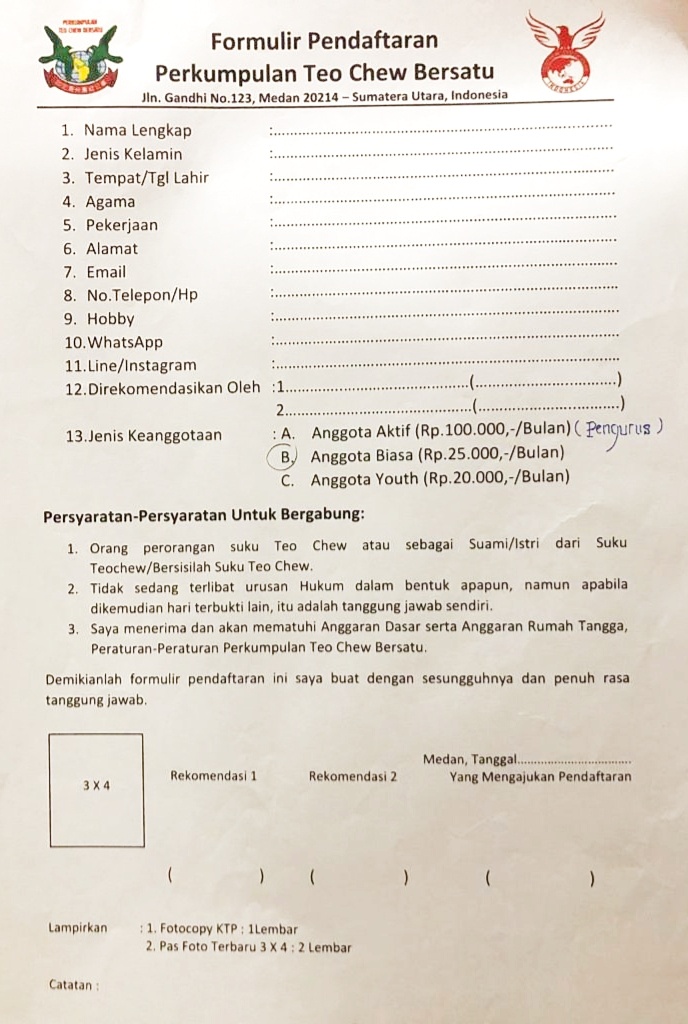